Five stories in 32 full color pages, the first of 4 issues which, together, represent the complete original run of this truly bizarre character.

Fletcher Hanks, the creator of Stardust the Superwizard, was a comics auteur in some senses, and a total outsider in many other senses. His artwork is inconsistent and bizarre. His plots tend to focus on this near omnipotent “hero” using his powers to mete out bizarre punishments, rather than to prevent crimes.

Imagine knowing in advance that, for example, a criminal syndicate was going to kill 1/10th of the worlds population and deciding to use that knowledge and your limitless powers to plan how to best torture the members of this syndicate, rather than to prevent the crime (which you could easily do.) That’s Stardust in a nutshell.

Now, spend 3 panels on the crime, and 8 pages on the punishment. That’s Fletcher Hanks! 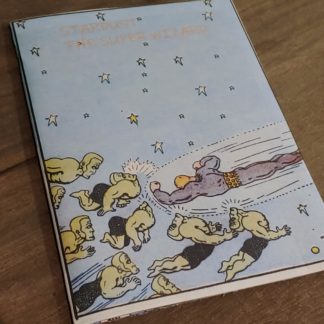