Over a thousand episodes were produced. 24 survive, and only 5 are in circulation. (the remaining 19 are in the UCLA film archive collection, accessed by special arrangement only.)

But that’s not the end of the story. There’s also a film serial produced with a different cast and crew, which survives and is complete, and a comic book, the first issue of which is presented here in a digest sized, 8.5×5.5 reprint. 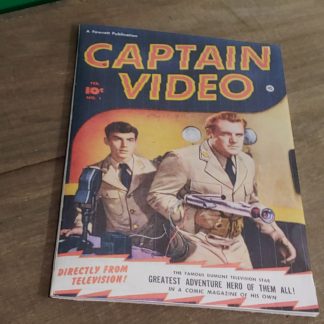