As the sun goes down, these bastioned beasts prove that the battle for the barnyard never sleeps!

The new Barnyard Commandos: Stealth Ops action figures by Premium DNA feature grayscale deco for camouflaging into deep cover on the darkened battlefield. Each includes accessories with glow in the dark deco accents, recreating the feel of night vision armaments.

Major Mutton is referred to by the sheep he leads as the “Old Ram”. He is decisive on the battlefield and confident, though his pride will not allow him to wear the glasses he is in much need of. His terrible vision causes even his most loyal R.A.M.S. to scatter when he pulls out his missile launcher. 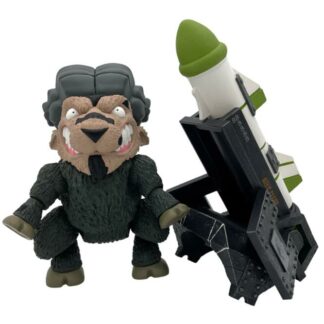